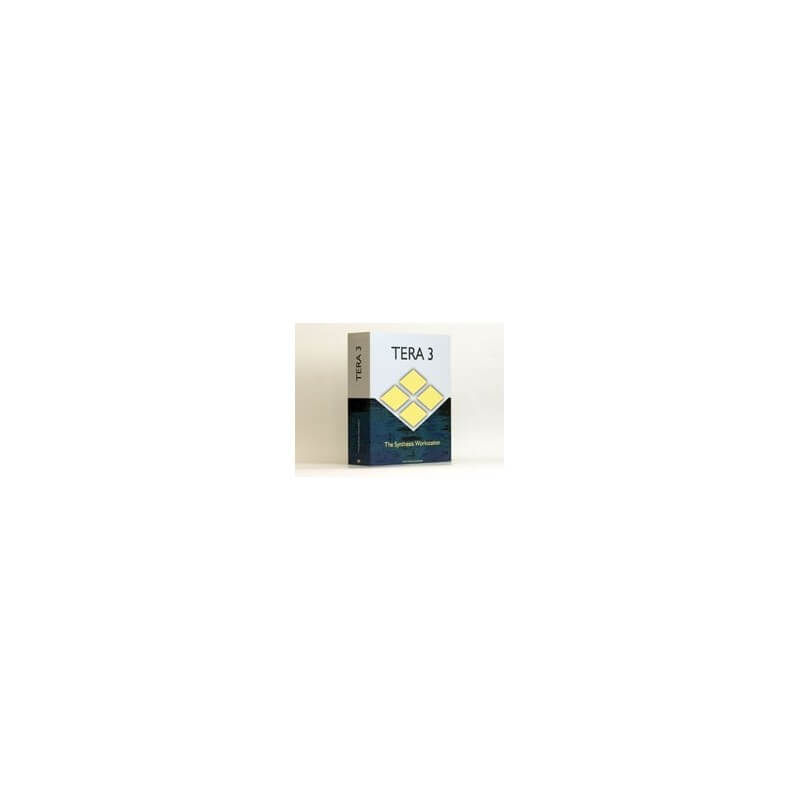 Each of the three main oscillators can use now samples instead of the built-in waveforms. The samples are organized in up to 16 key zones and 2 morph zones, making for a total of up to 32 sample files for each oscillator. Due to it’s high quality re-sampling algorithm, you can use a single sample for the whole tonal range!

This new module allows for real-time morphing between two 16 pole filters selectable from a set of predefined vocal filters.

In addition to the high-level arpeggio functions of the built in sequencer, TERA 3 now offers a simple standard arpeggiator for each part.

The amplifier module now has two additional stereo inputs allowing for stereo effects inside the synthesis patch. The spectrum oscillator has a new stereo output for stereophonic wavetable synthesis.

The four multi-segment envelopes in TERA can now be used in a new “free” mode where each envelope can be used independently. These envelopes can be saved and loaded from special envelope presets.
The standard envelope generators have also gotten a new Attack/Decay only mode.

The Spectrum oscillator has many new functions:

In addition to the additive sine synthesis used in TERA 2 as a basis for the wavetable generation process, the following methods can also be used:

This new module works just like a ring modulator, except here one input is used to modulate the amplitude of the other input.

The outputs of the envelopes and the LFO’s can now be used as inputs for the signal processing modules of TERA. previously, these outputs could only be used in the modulation matrix.

Key alternate: can be used to get a different sound on every other note (IE: like bow up/down in natural string instruments )

Key random: creates a random control signal on every note.

The modulation matrix has been given a copy/paste function for transferring modulations between presets. Modulated parameters are indicated in the user interface through a color change of the parameter knobs.

The unique 8D morph control of TERA is now also usable for the six special synthesis pages introduced in TERA 2. The controller settings can be copied and pasted between presets and each dimension can be labelled individually.

You can get more information on a particular parameter by moving the mouse over it, revealing  a small window with  detailed parameter info.

The new TERA sound banks contain 256 presets, including some from the well-known sound designer Howard Scarr.
For the new sample module a set of about 35MB of multi-samples is included.
In addition to the traditional bank structure all presets are now available in a hierarchical folder structure for easy sound categorization and searching.

2 other products in the category