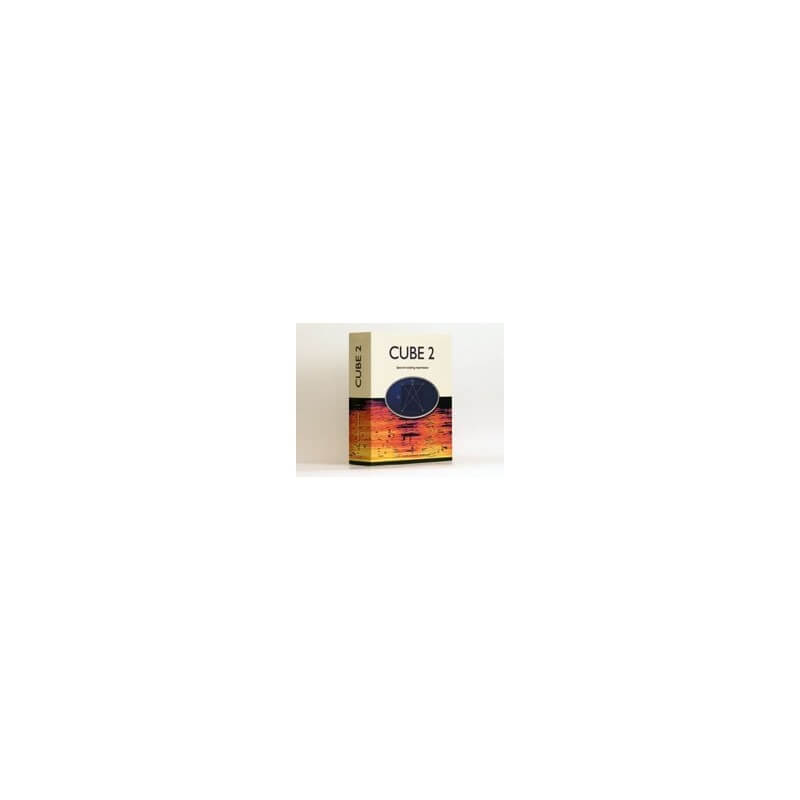 CUBE 2 Spectral Morphing Resynthesizer CUBE is a groundbreaking new software instrument giving you the power and flexibility of additive synthesis together with easy editing and morphing capabilities. Macro parameters allow you to control this beast with unequalled ease.

You already have plenty of bread and butter sounds ? Then it´s time to look for some new tastes...

CUBE comes with a vastly improved resynthesis for complex and inharmonic sounds. Also included is a free soundbank and some bugfixes.

The structure of sound

CUBE 2 is a musical instrument and the ultimate tool for sound designers who wish to have instant and intuitive access to all principal components every imaginable sound is build from. Every sound can be decomposed in a sine spectrum representing the harmonic and inharmonic partials and a residual noise spectrum for the noise components. The spatial character of a sound can be represented by a pan spectrum. The temporal evolution of these three spectra is a very convenient way to describe every sound. CUBE 2 is built around this model and allows you to manipulate the structure of a sound with all its components in a comfortable and musical way.

Take a sample as input and CUBE 2 analyzes it into two components: up to 512 sine tracks for the partial components and the residual spectrum for the noise components. The outstanding quality of the analyzer for a broad range of sounds avoids the typical artifacts known from time stretching/pitch shifting and granular algorithms.

The spectral editing windows are the heart of CUBE´s sound manipulation and creation capabilities. They give you deep access to the sound components described before. Imagine drawing a bandpass filter or comb filter structure directly into the spectrum display ! Zoom into the spectrum to manipulate it down to a single partial. You can use “Contrast” tools to enhance or reduce the frequency or amplitude modulations of the sound in selected areas of the spectrum. And all editings are immediately audible.

CUBE´s unique time warping envelope gives you control over the timeline. You can simply reverse the sound, freeze it at any position or manually move around the sound for scratching effects. Or create an arbitrary moving with up to 64 breakpoints.

The next level of sound manipulation in CUBE 2 is to take up to four sound sources and make all parameters and spectral components move inside this “cube”. Take for example a flute like sound as one source and a trumpet like sound as another source. The result is a sound morphing from flute to trumpet ! The movement can be made automatically with the morphing envelopes or manually by using MIDI controllers or the mouse.

Each of the four sound sources allow for another level of controlling the sound. The levels, attack and decay times, pan positions of every partial can be globally edited here on a more abstract level. You can use a global filter with arbitrary shape on this level which takes also part in the morphing process - a comb filter in Source A can for example morph into a lowpass filter in Source B.

CUBE 2.2 comes with a vastly improved resynthesis for complex and inharmonic sounds.
We also included is a free soundbank “Art of CUBE” demonstrating the resynthesis improvements with over 40 new analysed samples.
Some bugfixes were also done.

2 other products in the category

CUBE 2 Spectral Morphing Resynthesizer CUBE is a groundbreaking new software instrument giving you the power and flexibility of additive synthesis together with easy editing and morphing capabilities. Macro parameters allow you to control this beast with unequalled ease.